65 years ago today the first atomic bomb was dropped on the city of Hiroshima, Japan.  Named, Little Boy, the bomb was developed by the Manhattan Project. The Manhattan Project was led by the United States along with the Great Britain and Canada under the scientific direction of Dr. Robert Oppenheimer and came about due to rising fears that Nazi Germany was developing nuclear weapons.

This decision drop the bomb was made by President Harry Truman. Truman had only assumed the presidency upon the death of Franklin Roosevelt in April. On July 26, 1945, the Postdam Declaration was issued by President Truman, British Prime Minister Winston Churchill and Chinese leader Chang Kai-Shek calling for the surrender of Japan as outline by the Potsdam Conference. The declaration stated that if Japan did not surrender, it would face “prompt and utter destruction.”  Japan ignored the ultimatum.

Truman wrote about the atomic bomb, “We have discovered the most terrible bomb in the history of the world. It may be the fire destruction prophesied in the Euphrates Valley Era, after Noah and his fabulous Ark.”

Paul Tibbets, who by reputation, was considered the best flyer in the Army Air Corps was selected as the commander of the mission. On the morning of August 5, Tibbets formally named the B-29 Superfortress Enola Gay, after his mother. The Enola Gay was one of 15 B-29 designed specifically for the transport atomic bombs. On the morning of August 6, Tibbets and his crew of 12 took off from Tinian in the Mariana Islands in the Pacific and headed for Hiroshima. At 8:15 am (JST) the bomb was dropped. The initial blast killed 80,000 people and the final death toll has been estimated between 90,000-100,000. Today the Enola Gay is a permanent exhibit at the National Air and Space Museum.

Truman said following the attack, “”Sixteen hours ago an American airplane dropped one bomb on Hiroshima…The force from which the sun draws its powers has been loosed against those who brought the war in the Far East.” He later said, “The atom bomb was no “great decision.” It was merely another powerful weapon in the arsenal of righteousness.” Truman’s presidency is most often defined by his decision to drop the atomic bomb to end World War II that ultimately saved both Allied and Japanese lives. 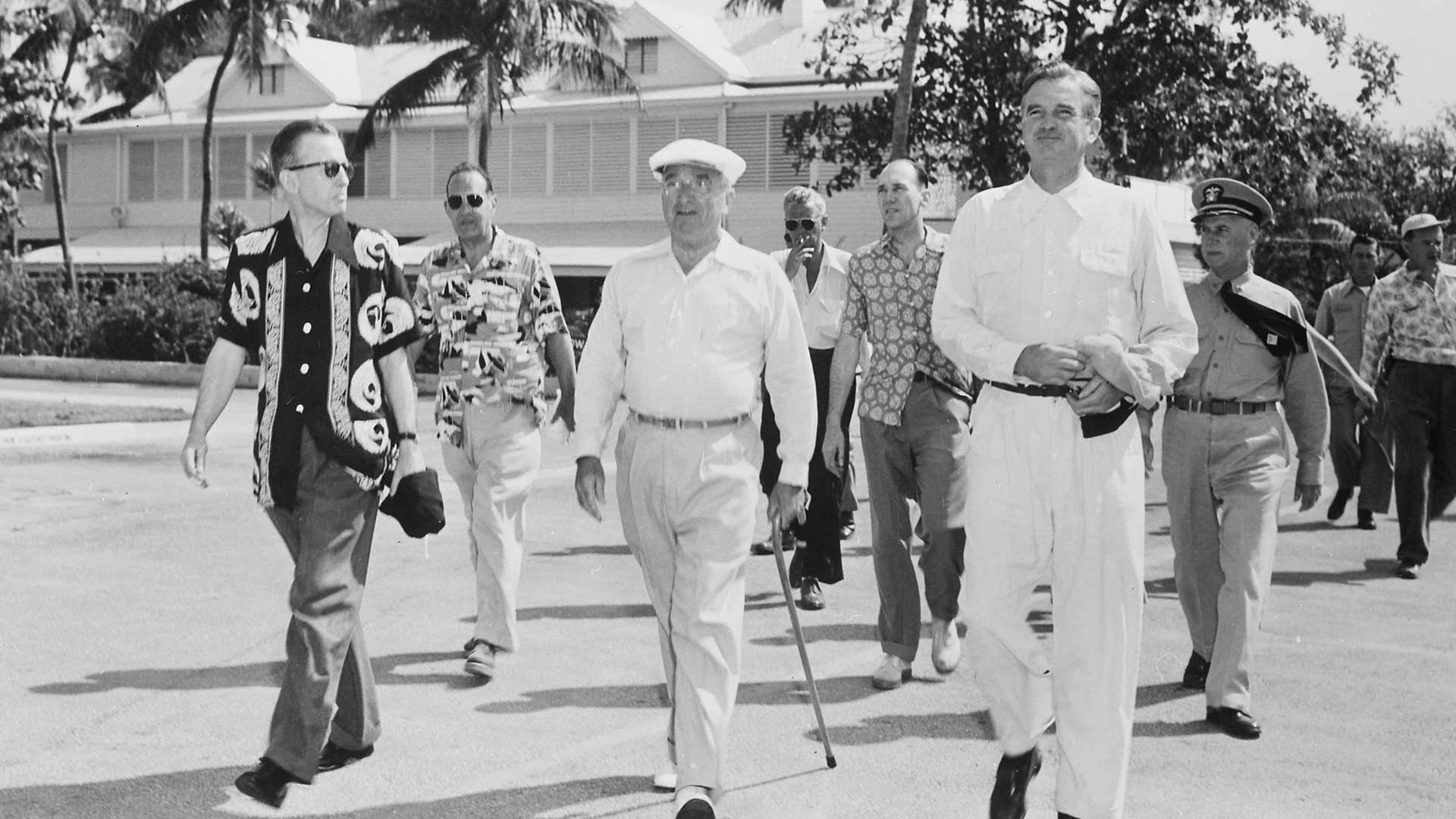