The last tour on Thursday, 11/24, will be at 2pm. We apologize for the inconvenience. • U.S. Capitol unveiling new Harry S. Truman Statue. Watch Here

Each year the White House presents an ornament honoring a president or event in our country’s history. This year Mr. Calvin Coolidge is being honored.

Calvin Coolidge served as the thirtieth president of the United States from 1923 to 1929. A Christmas tree (representing the first national Christmas tree) crafted from shiny brass and plated with nickel and 24k gold, is illuminated from within and decorated with ornaments representing events of Coolidge’s life and presidency.

A unique feature in the ornament involves a small switch on the back of the ornament which allows a light to be turned on and off. This soft white light casts a warm glow through the windows of the Coolidge White House. Both north and south facades are included in the ornament design. In total 14 individual ornaments are included on the tree which is topped with a star similar in design to the first National Christmas Tree.

At 5:00p.m. on Christmas Eve 1923, President Coolidge lit up the National Christmas Tree, a 60-foot tall fir. More than 6,000 people then arrived on the White House grounds at Coolidge’s invitation to sing Christmas carols and enjoy the music of the U.S. Marine Band. President Coolidge became the first chief executive to preside over a public celebration of the Christmas holidays. 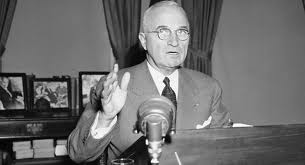